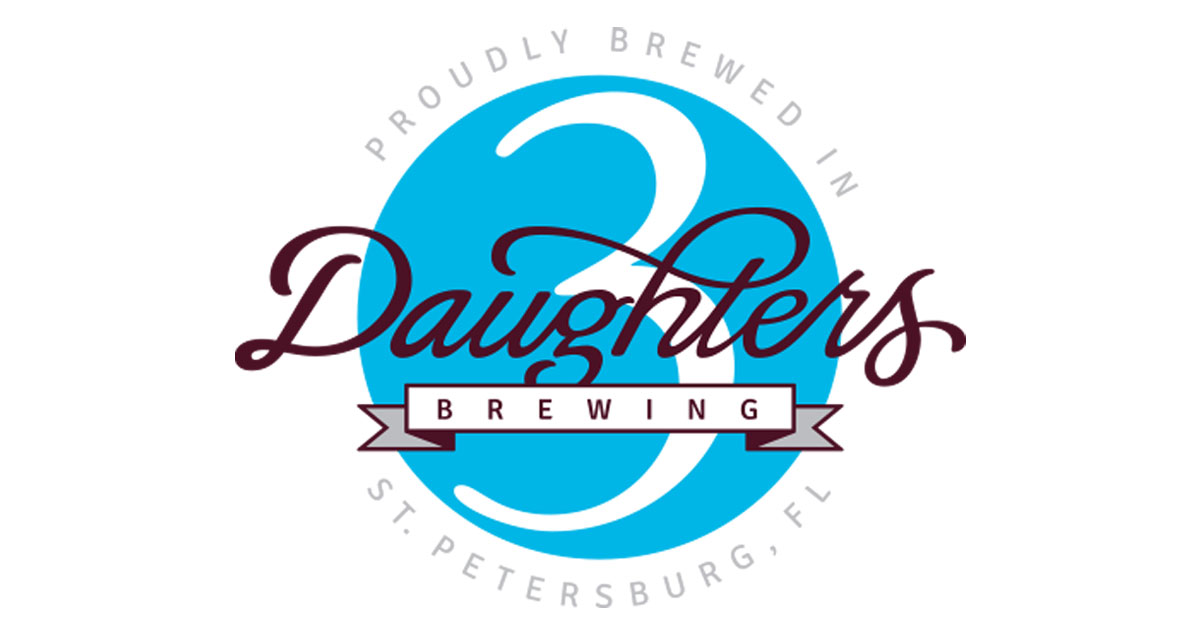 How many beers does it take to put three daughters through college?

The owners don’t know the answer, but certainly hope to find out. There is meaning behind the name 3 Daughters Brewing. Founders Mike and Leigh Harting actually named the brewery for their three little girls.

The concept of 3 Daughters Brewing started with Mike and Head Brewer (then Head Chef) Ty Weaver in a local restaurant in St Petersburg, Florida. They were working on a recipe for a beer battered fish and decided to make it with their own hand crafted brews. No surprise, it sold a lot of fish and fueled their passion for brewing craft beer.

As the popularity of the beers grew, Mike and Ty decided to invest in a brewhouse to increase their brewing capacity for the restaurant. When they picked out a 30-barrel system, it was time to move on from the restaurant industry and start a journey in craft beer. As the brewery was being built, the common joke was, “how many beers do we have to sell to put 3 Daughters through college?”

And so the shortening of the name to 3 Daughters Brewing…